Nature, in the broadest sense, is the natural, physical, or material world or universe. “Nature” can refer to the phenomena of the physical world, and also to life in general. The study of nature is a large, if not the only, part of science. Although humans are part of nature, human activity is often understood as a separate category from other natural phenomena which is called Human Nature, like us everything has its own Nature and the Market, of course, has its own Nature, which we at Elliottwave-Forecast call it the Market Nature.

The Market by definition is a medium that allows buyers and sellers of a specific good or service to interact in order to facilitate an exchange. The market can be as simple as a Marketplace or The Market in which we trade either currencies, security or all any type of instruments either online or through an institution. Many Traders come and go and many end up losing money, we have long believed the reason why they lose is that like in Life Human tend to live and never understand their own Nature, Many trades tend to trade without understanding Market Nature. Market is not as wild and unforecastable as many believe, on the other hand, Market follow patterns and cycles and most of the time follow the same Maths code and sequences, Mr. Elliott around 1930 saw the patterns and named The Elliott wave Theory, which was at that time the early stages of discovering the Market Nature, he notice the advances in 5 waves and then the 3 waves back against the main trend.

Yes, that is true and can be seen most of the time in Indices and Stocks, but very hard to see it in Forex. To Mr. Elliott credit the discovered or observation was based in Indices and he did not work into either committees or forex. Checkout some forex brokers for trading. The Elliott wave Theory is subject by Nature and we do understand that reason why we do not only trade base in the Theory, we have observed the Market over the years and have added a lot of new tools, like cycles, distribution, correlations, ranking among currencies and most important sequences, which come with the Market Nature. The Elliott wave Theory mention the idea that Market trend in 5 waves and pullback in 3 waves, like the chart shown below.

That was Mr. Elliott biggest theory, we believe that part is correct and that at the end every 5 waves ended becoming a 3 waves in the higher time frame, but yes sometimes the Market advances in an impulse way and the sequences goes in 5-9-13-17-21-25 and consequently in ascending numbers of 4, which is shown in the chart below. 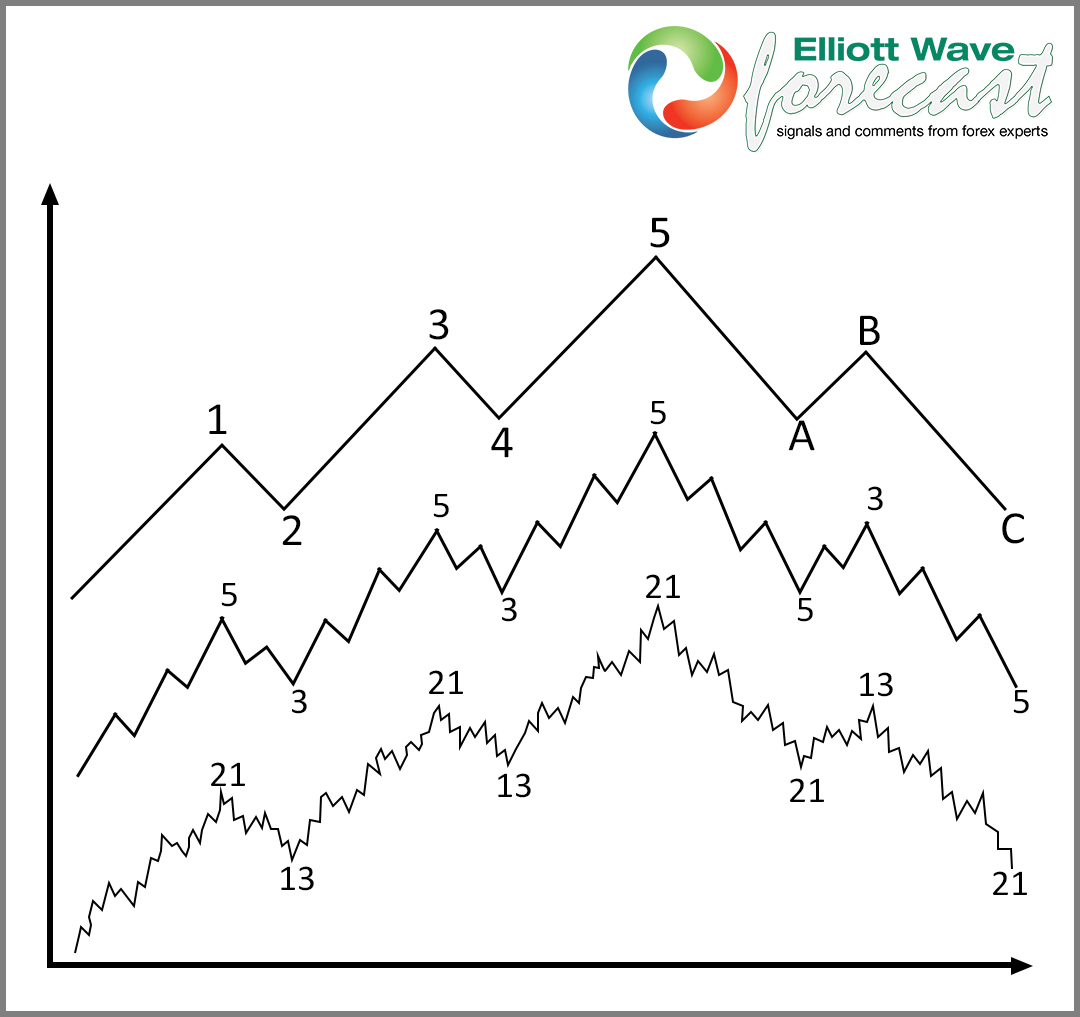 The other sequences is the corrective sequences which Mr Elliott identify as ABC or WXY which they runs in sequences of 3-7-11-15-19-23 and consequently in numbers of 4 . 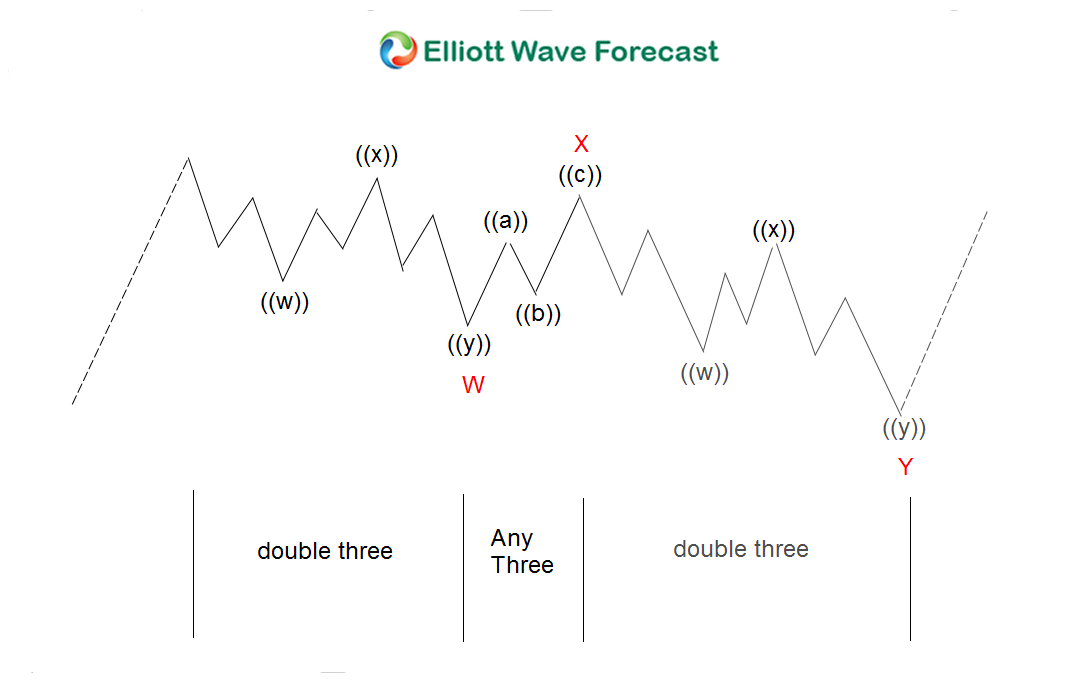 The above chart is a WXY and it is showing a 7 swing structure, which come in 2 sets of 3 waves in which is set is 7 swings and all together 15 swing. This sequences is the ruling sequences because it works in both side of the trend and because like we explained early there is not an infinity cycle, which make the previous statement in which each 5 waves become a 3 waves in higher degree. We have added all this discovery to the Theory and have developed a system in which we used the tools previously mentioned and then trade accordingly to the Market Nature of 5-9-13 or 3-7-11. The system is very simple, it is locating the right side in each time frame and then trading the right side in 3-7-11 which is the corrective nature of the Market. As always said we are not Market Makers, but we do understand the Nature, each time frame has its own right side and also its own invalidation level, so what we do is locating the right side, we placed a tag in the chart saying The Right Side , then knowing the nature of the Market, we placed the Blue Boxes which are related to the sequences and also the maths which is trade by the High-Frequency machines, we sell/buy with The right side in 3-7-11 as far as the Invalidation level hold in distribution or price. The following chart is showing the idea in the Nikkei. 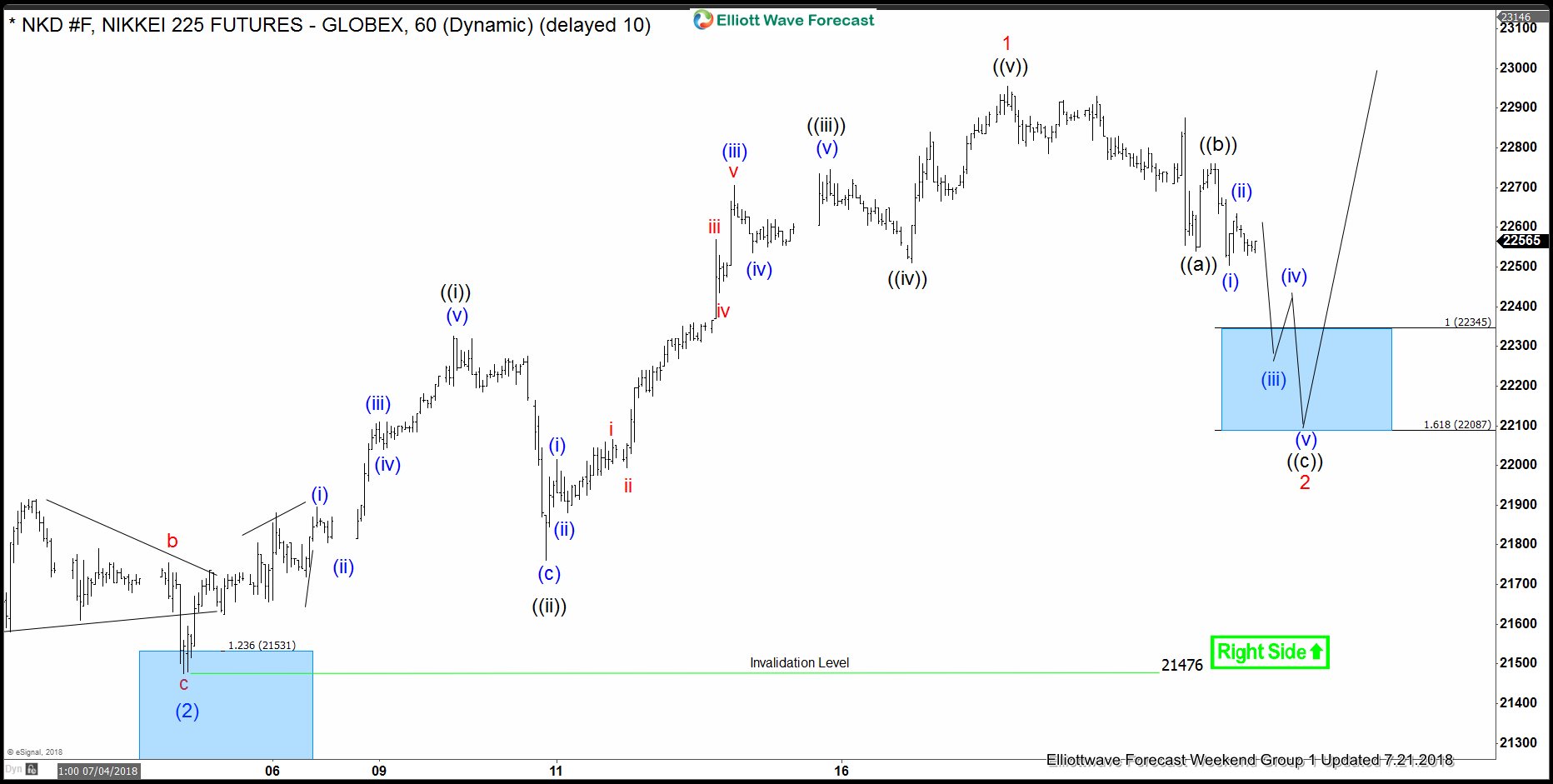