U.S. Election 2020: Many Traders always believe the Market moves are driven by fundamental outcomes. We at Elliott Wave Forecast believe that the Market follows a code which is visible and repeats itself in every single time frame.

We operate under the impression that only a few market makers make the Market. It is obvious that the so-called Market Makers cannot show and tell us the next big move in the market. Otherwise, every trader in the World will be a winner. Therefore, we need to keep a balance and there has to be Winners and Losers in the market.

We cover the code in our Live Session every day and make the case why sometimes it is hard to see the next path based on the timing. However, what we have been doing over the years is providing our members with opportunities before a big fundamental event takes place. That is our so-called blue boxes which you see in various charts from us.

That is an area where a big move should take place regardless of the fundamental outcome. The dream of every trader is anticipating the next big move. But it is hard using Fundamentals for that because they are not part of the Market Code which comes at 5-9-13 or 3-7-11. Let’s have a look at a real example which we provided for our clients in the past.

Back in 2016, Brexit was a huge event and every single Forex traders were trying to guess the next big move following news and even the polls.

However, we knew the area because the code and price action was very clear. Market Makers hide their big moves in such important events. So retails traders believe that the move was created by the event. The following chart shows the GBPUSD before the Brexit result and our Blue Box area where we said the GBPUSD should ideally sell off and that was the area to enter the market for a short side. 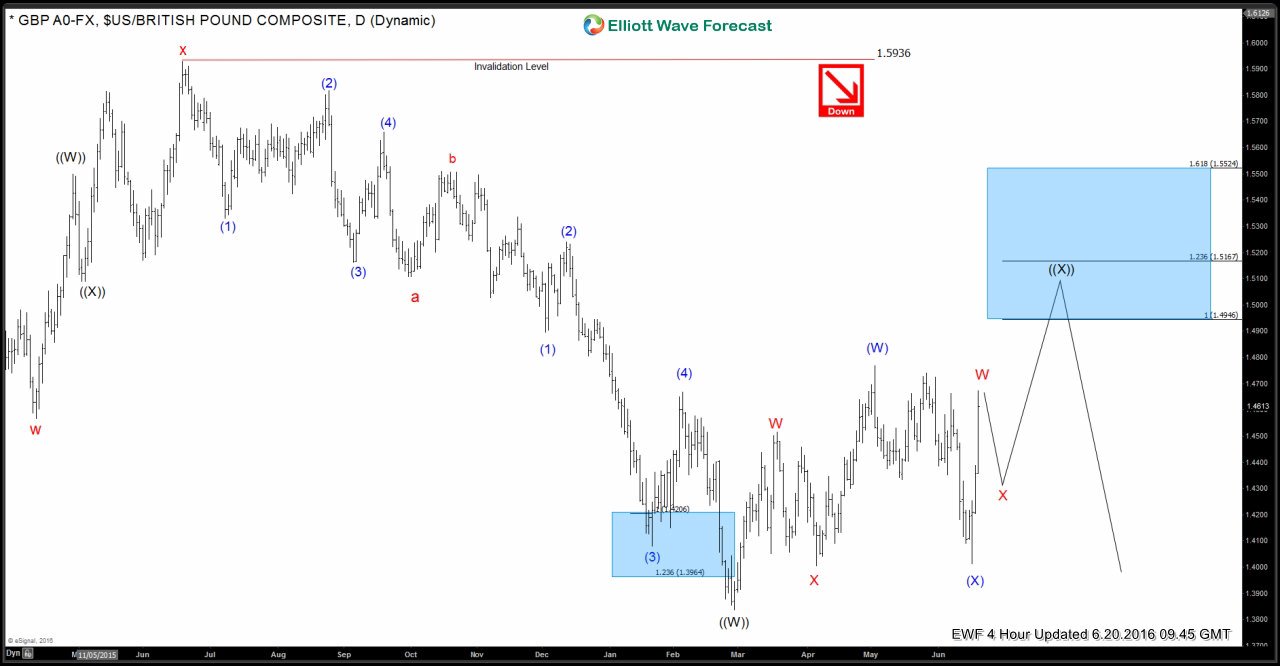 The following chart shows the big reaction from the Blue Box in a very technical way regardless of the BREXIT outcome. We didn’t know the results ahead of the World, we only knew the area where it should be selling off. 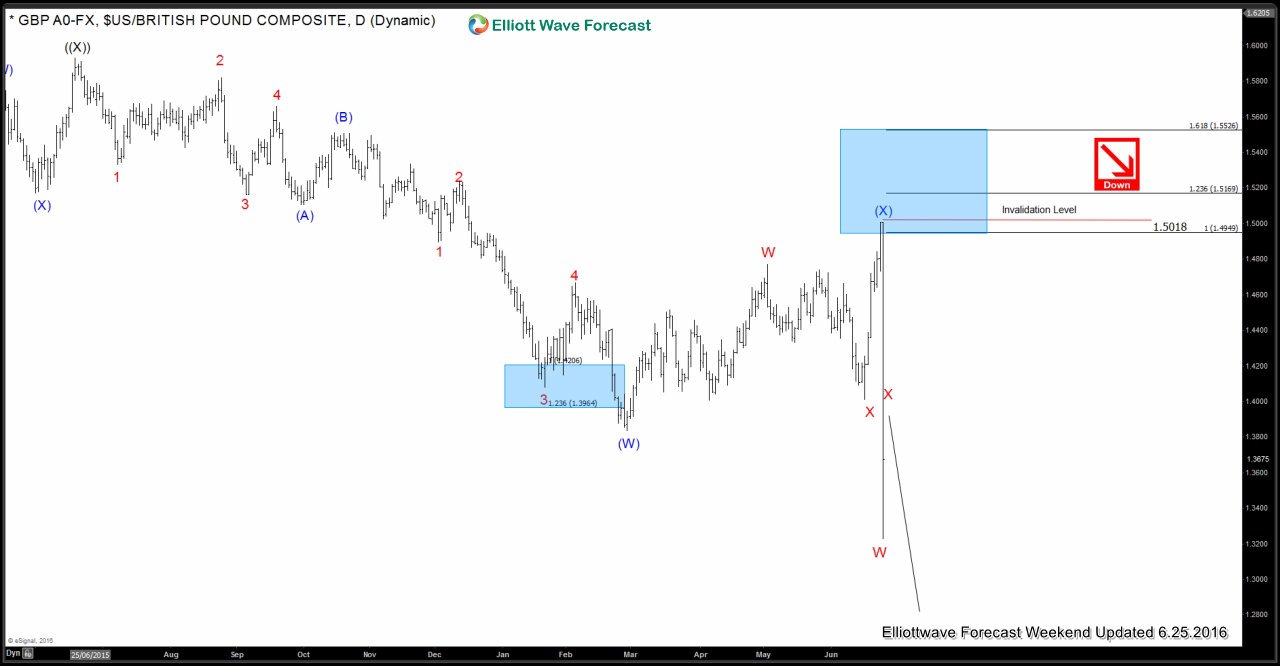 Many across the world were calling that if Trump wins the election the Index will sell off and if Hillary wins the Index will accelerate to the upside. In the end, neither scenario happened and the Index started rallying from our Blue Box with a Trump win. We knew that the trend is higher, and the sequences were incomplete. 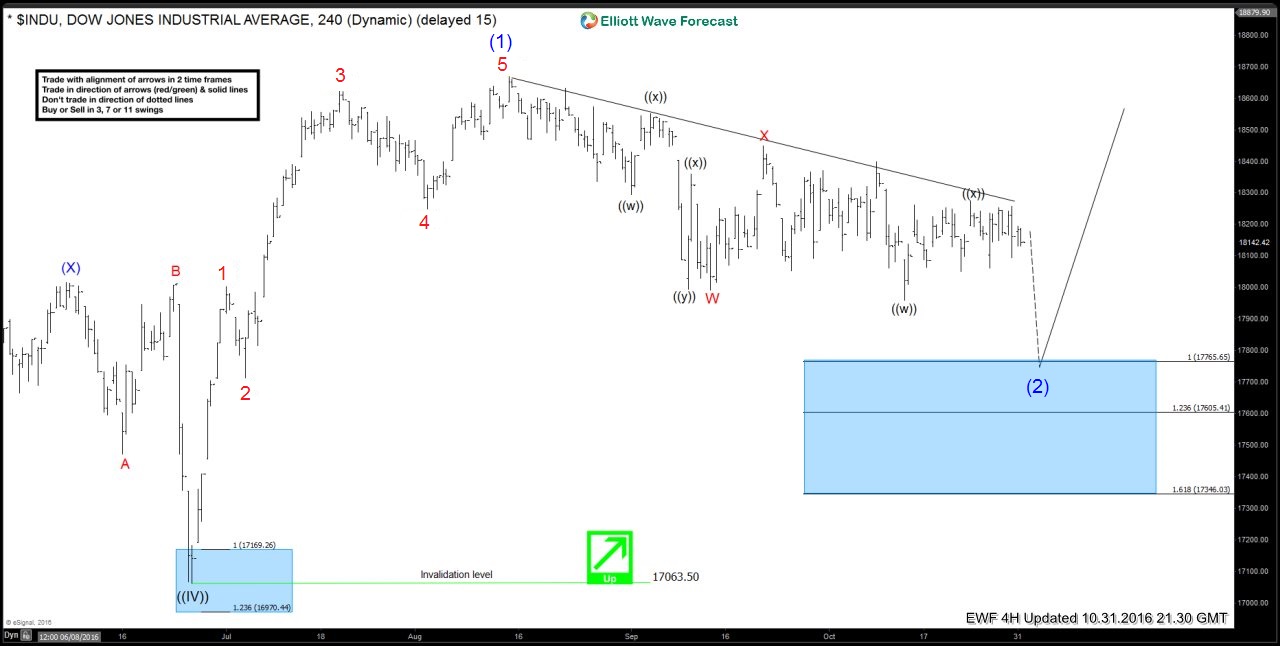 Now, obviously, people can say that was pure luck. Reality is that we provided the blue boxes to members before the actual event took place. And most of the big events come inline with a blue box. These are just one of many examples which we presented in the past.

But let’s get back to 2020 US Elections, this will be again a huge event which can create a Constitutional crisis in the U.S.! Due to the political environment which can be seen today and how both sides are fighting and accusing each other’s into levels never seen before. The idea is that the Grand Supercycle in the SPY ETF is getting closer to the 320.00 level which is the 1.618% extension from its all-time low and the top of the Blue Box. The following chart is showing the Blue Box and the Elliott Wave count. 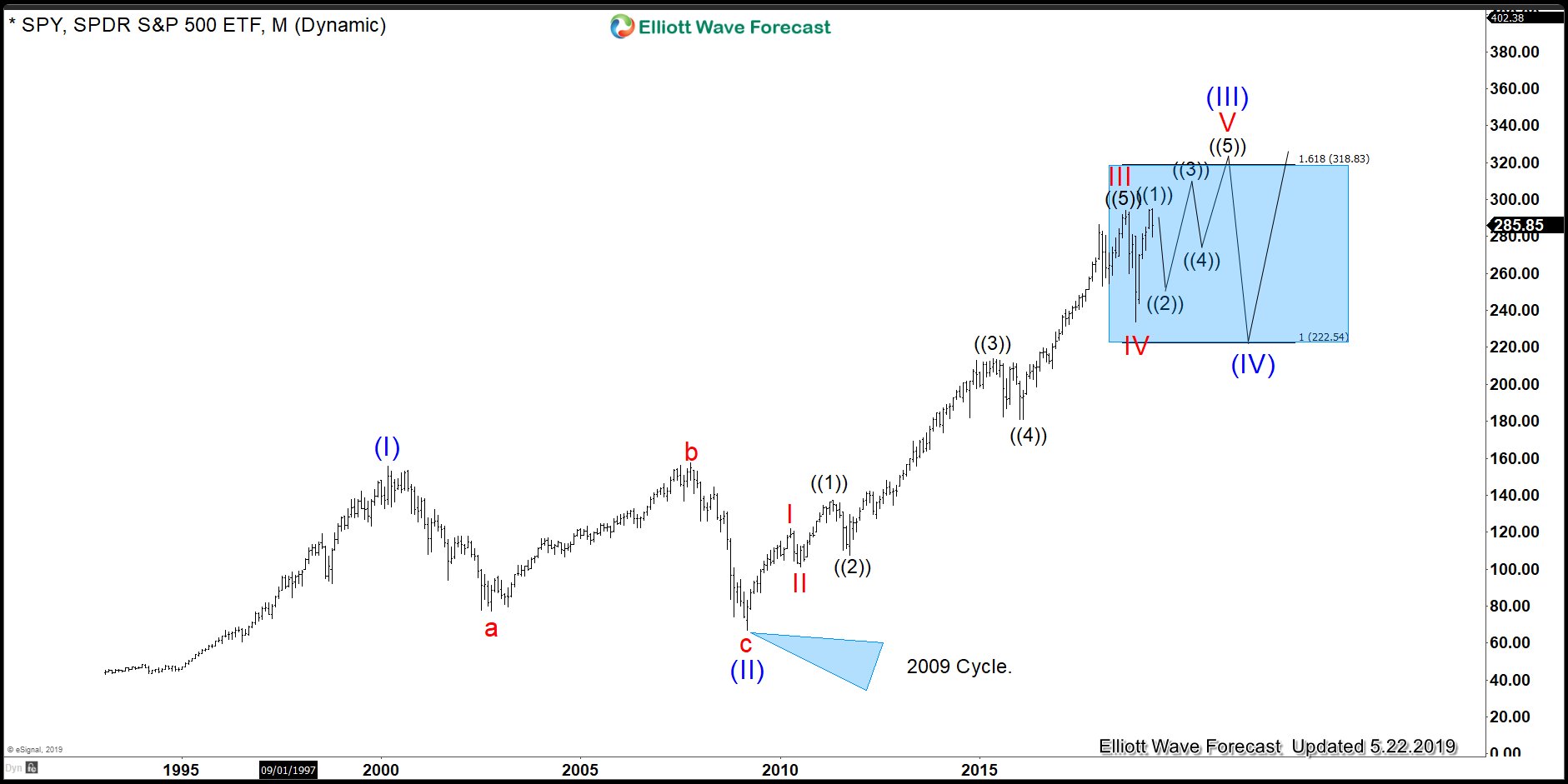 Many Market participants are calling for the rally to extend into another 3 waves higher from 12.26.2018 but measuring the cycles and seasons, it is easy to see that U.S. Election in 2020 can create a multi-year consolidation or pullback in World Indices and the big Market Makers can be waiting for that area inline ending its 5 Elliott Wave structure from 2009 low by 2020 timing wise.

The Following chart above represents the Grand Supercycle in SPY and the levels which have been mentioning. We believe World Indices are not really close to a crash but thinking ahead, a wave (IV) can happen from the 2020 US Election results and not a very peaceful transition of power. Our member will know, how the Market will react when the time comes. But one thing they know now is to trade based on the technical aspect and follow the sequences of 3-7-11 or 5-9-11 which is nothing more than the Market Nature. They do understand a few groups of companies are bumping money into the Market every mini-second and making the Market.

For those who are interested in discovering our blue boxes then we have a great opportunity for you.  Join us today with Memorial Day Promotion and save 50% on All Monthly Plans and learn to trade the Right Side through blue boxes and Right Side tags. 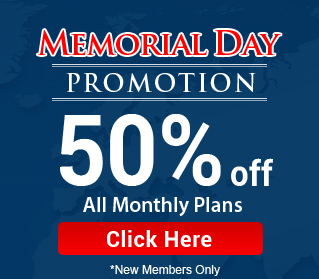