XAUUSD (Gold) formed a secondary peak at 1593.82 on February 2, 2020 and turned lower sharply. Primary count suggests secondary peak completed wave B as a FLAT and wave C lower has started which should form part of a Zigzag Elliott wave structure down January 7, 2020 peak. A zigzag is a 5-3-5 structure in which both wave A and C are in 5 waves or 5 swings. Therefore, wave C should either unfold as an impulse or a diagonal. In the chart below, we take a look at the current short-term view of Gold. 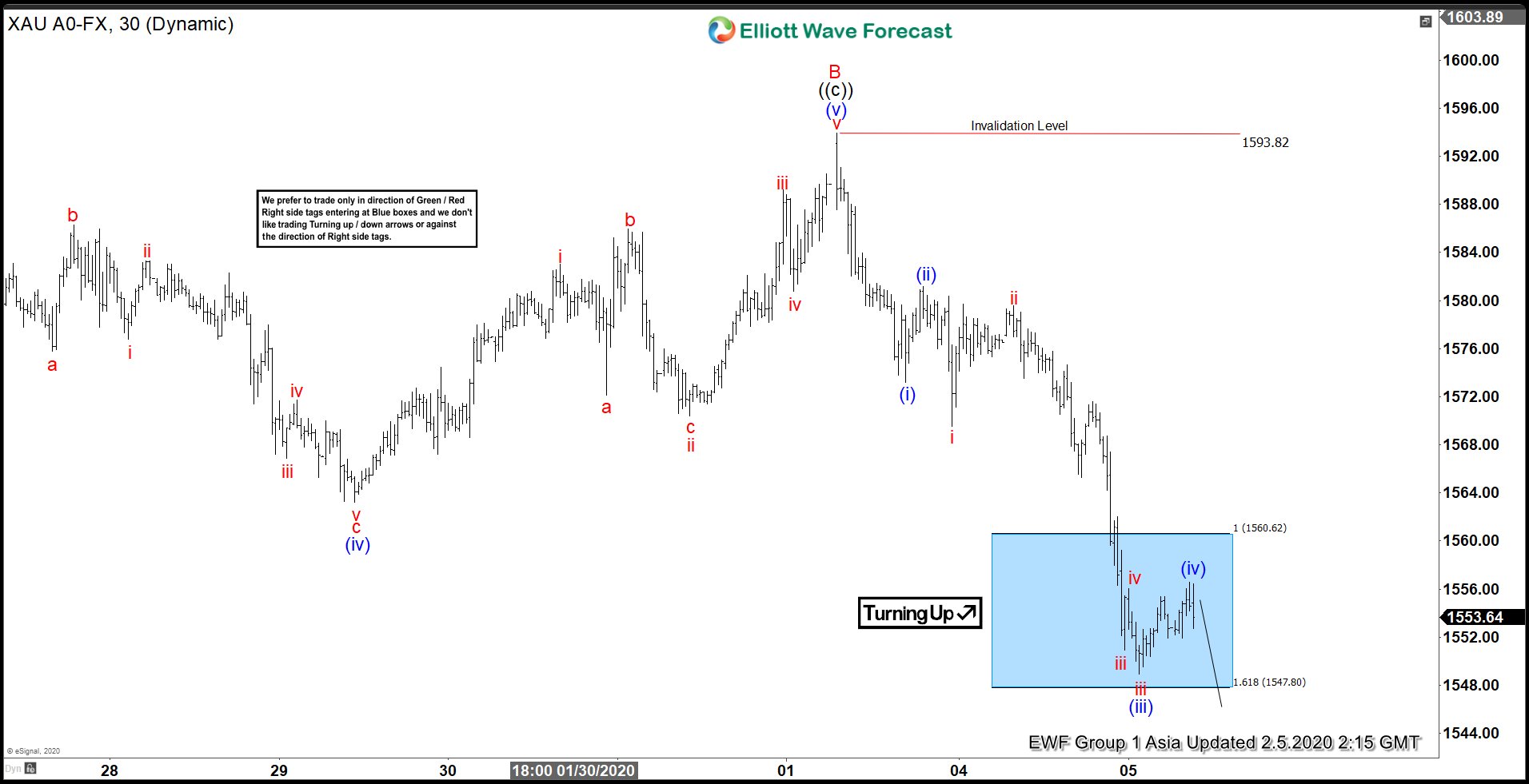