Short Term Elliott Wave view in SPY suggests that rally from 6.17.2022 low is unfolding as a double three structure. A double three is a complex correction and sometimes referred to as a double zigzag. In Elliott Wave, the label is WXY. Wave W subdivides in 3 waves, wave X in 3 waves, and wave Y also in 3 waves. The 3 waves subdivision within wave W and Y is usually a zigzag structure, hence the name double zigzag. Up from 6.17.2022 low, the first zigzag is forming with wave A ended at 393.16 and wave B ended at 371.04. 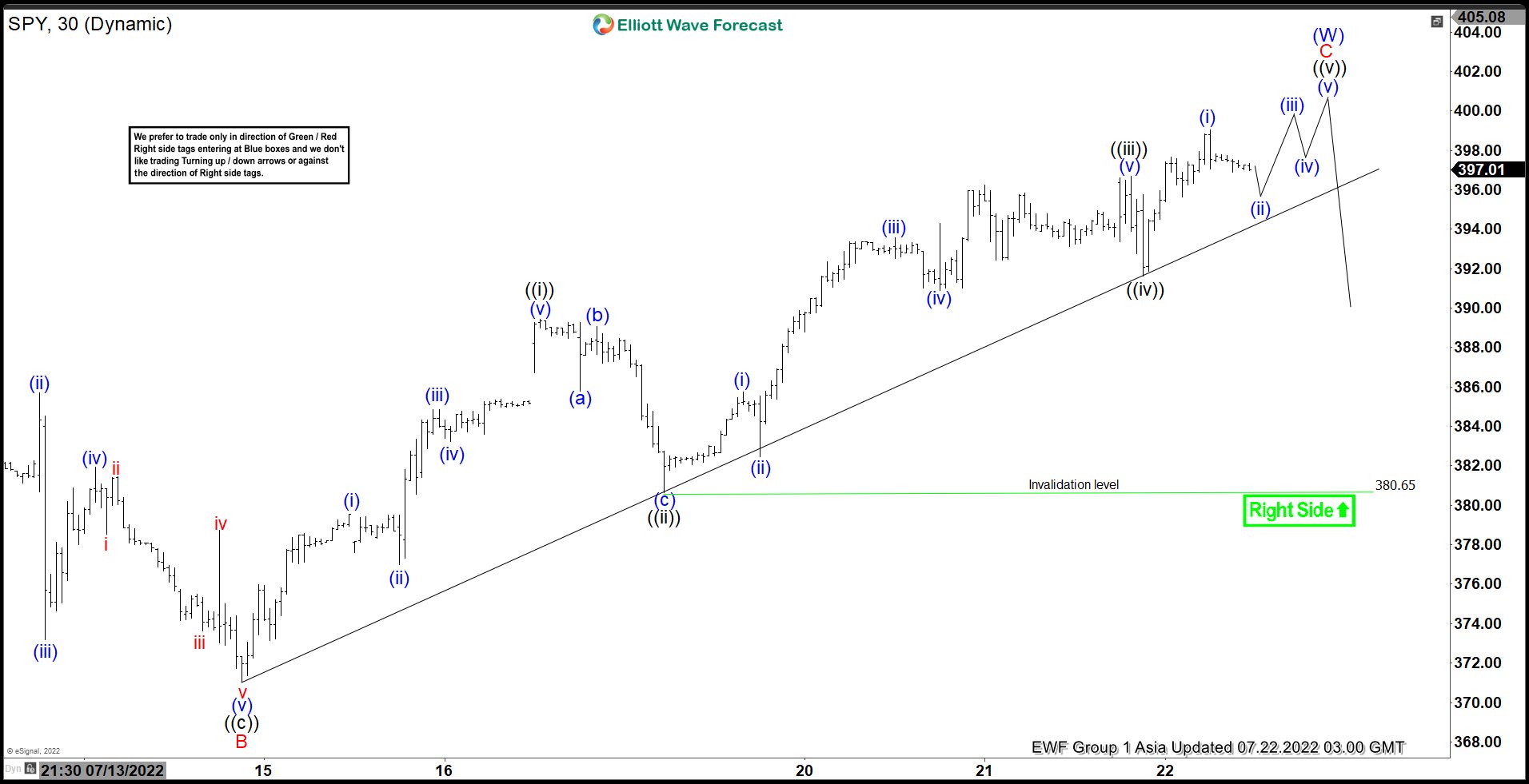