EURNZD this week dropped to a new low and traded at it’s lowest level since 21st February 2020. The recent decline started after sellers entered in our blue box area. In this article, we will look at some recent charts from members area calling for the bounce to get rejected in the blue box for new lows and how the decline unfolded after that. Let’s start by taking a look at 1 Hour chart from November 13, 2020. 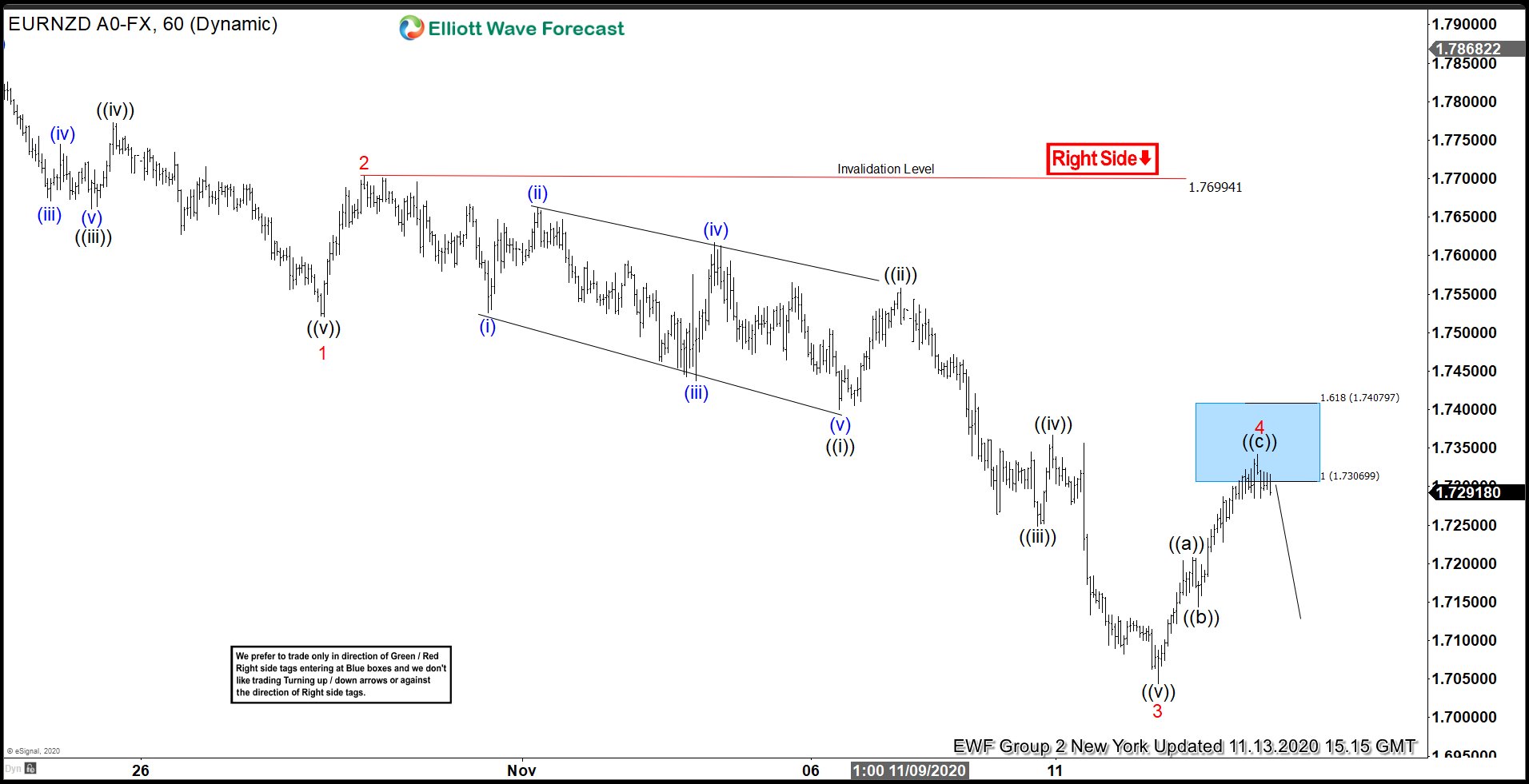 Chart below shows sellers did appear in the blue box and pair resumed the decline, pair is showing 5 swings down from wave 4 peak (1.7343) suggesting wave ((i)) is complete at 1.7142, wave ((ii)) bounce is in progress and as it fails below 1.7343 high, we expect the decline to resume. Price already reached 50% retracement of the rally from black ((b)) low so any sellers which entered in the blue box should already be in a risk free position. 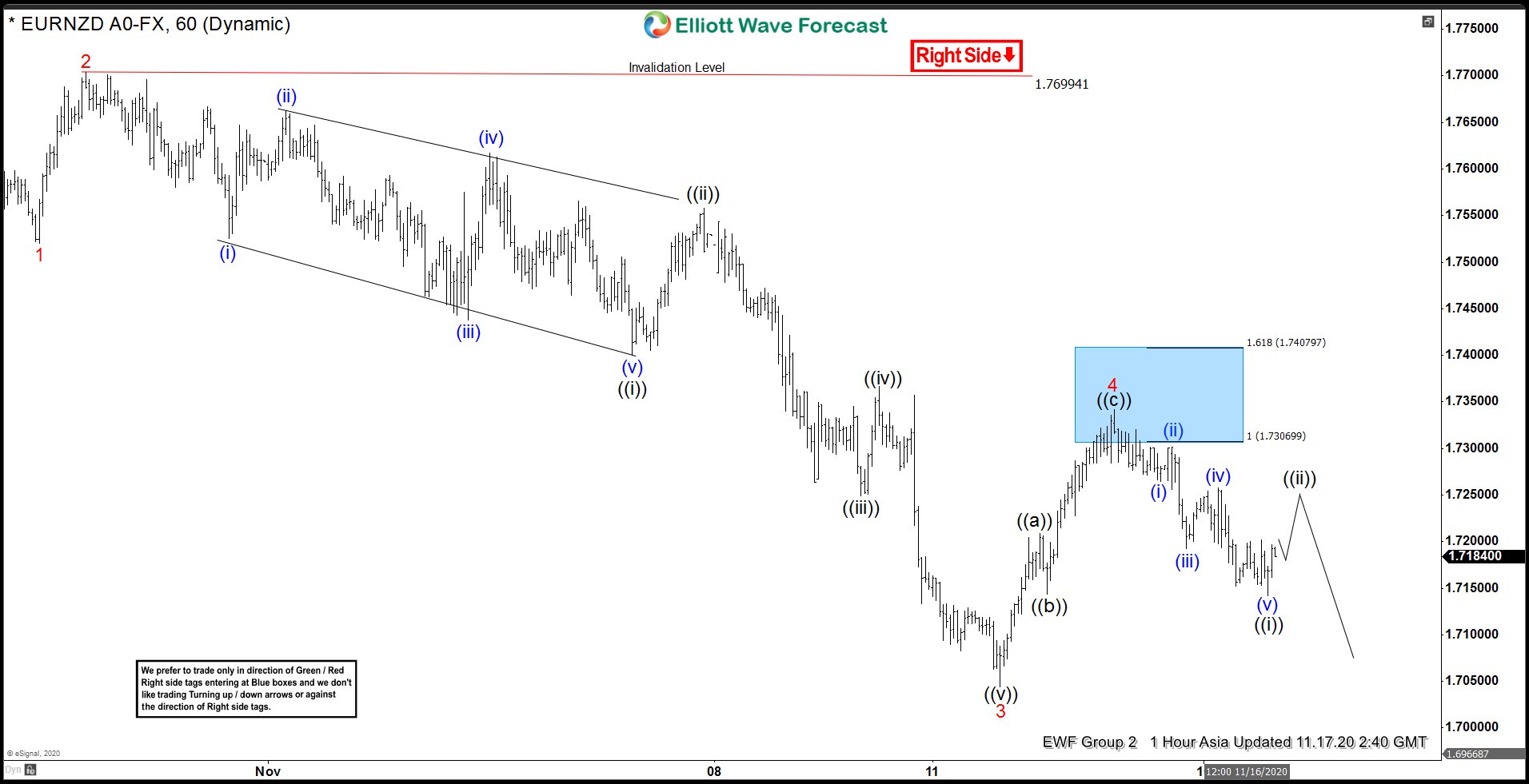 Proposed wave ((ii)) bounce failed below 1.7343 peak as expected and pair went on to make a new low below wave 3 low confirming the bounce was indeed wave 4 and new low is part of wave 5. 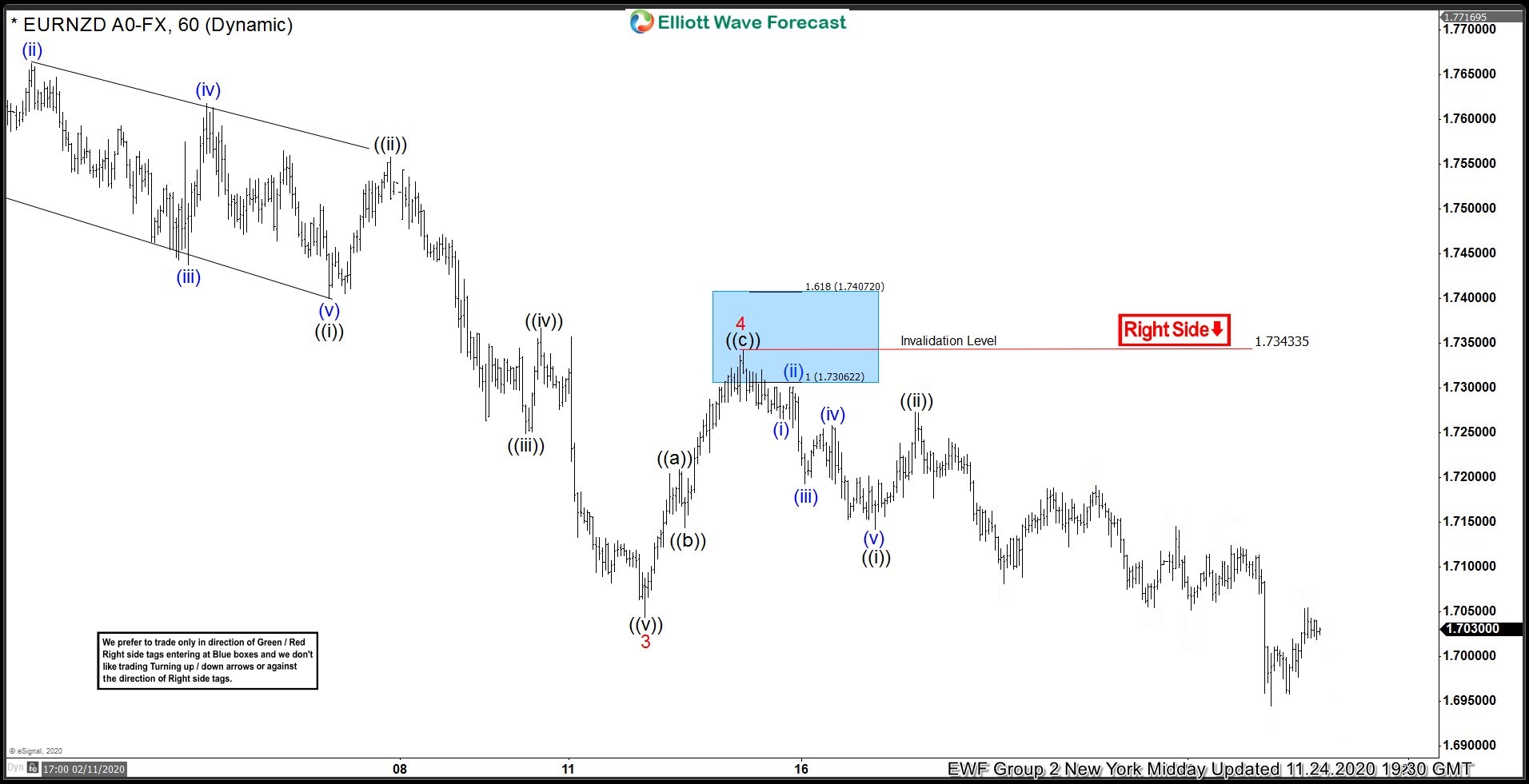