Many World Indices, Stocks and ETFs have been rallying since the March 2020 lows. As we always say at EWF: “Nothing lasts forever nor runs in a straight line  – when it comes to the market”. In fact, we believe in the idea that the market trades between defined areas. These areas need to be reached. Also, the market is frequently waiting for an event before making a move.

US Elections and Indices Market

Right now, we are in about 50 days from US General Elections. Most of the time in the past, these have created a lot of volatility across the market. Back in 2016, we were able to catch the reaction higher during the Election night. And we hope to do the same this year. The following article is explaining how we were able to buy the Indices that night into a huge rally. Back in 2016, the Market was primed for a rally. Indices were trading within a bullish sequence. Therefore, the rally towards the new all-time highs was expected. The following chart below shows our expectations as of November 2016: 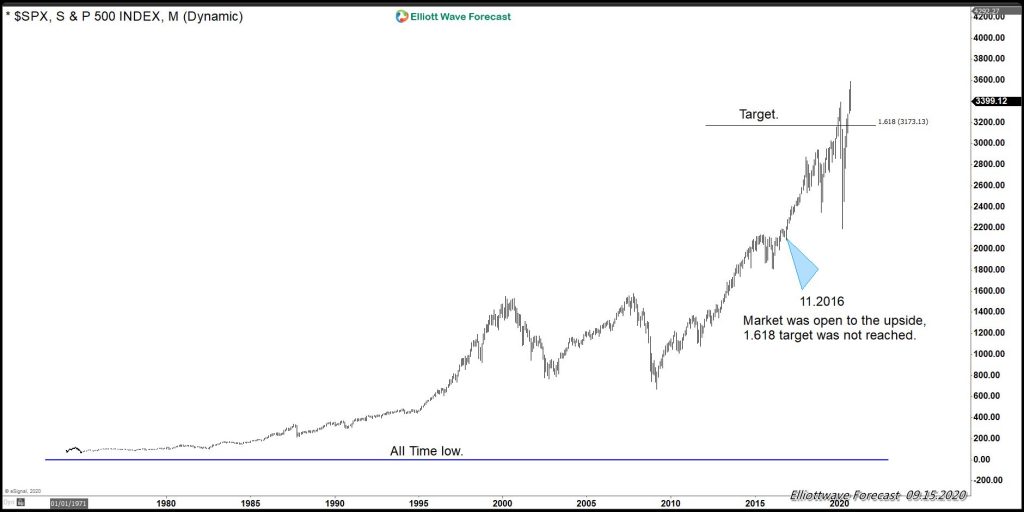 The chart is a representation of the bullish sequence in the $SPX500. Those days, the higher targets have still not been achieved. Therefore, the right side was clearly up and we expected an extension higher. In fact, we were looking for more upside, no matter who would be elected as a president.

This time around, however, it is different, a lot different. On the one hand, the Market is not that open to the upside and on the other hand, it is within a fight between the YEN and the Indices. Many YEN pairs are still calling lower. Among them is $SEKJPY which is favored to see more downside. We explain our view here on the example of $SEKJPY. Nevertheless, it does apply to all YEN pairs. As a matter of fact, falling YEN pairs means strong YEN. And as a consequence, a strong YEN translates into Indices moving sideways to lower. Therefore, we do not see that much more upside in the Indices.

Another, very important instrument entering this year’s US Elections is Gold, which has been trading higher and has broken the 2011 highs. The fact of that break has created a higher high from the all-time lows, i.e., a bullish sequence. Expectation of Gold extending higher is in agreement with the $SEKJPY falling lower. The following chart: 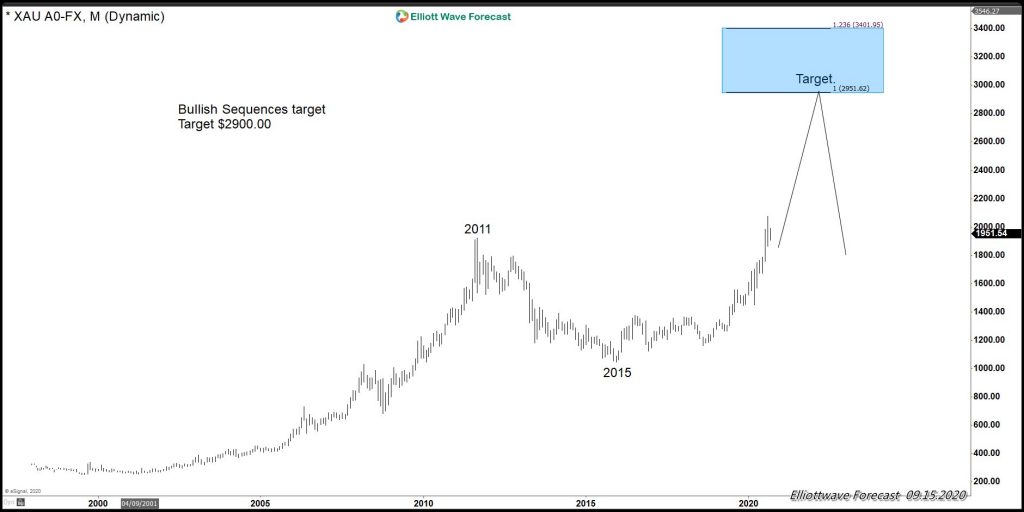 is a representation of the bullish sequence in Gold and the overall path in the next future. We conducted a FREE seminar to explain the overall view of both precious metals: Gold and Silver. The described path is clearly pointing higher.

Last but not least, we will look at the Indices and how they may be ending a cycle from the March 2020 lows. Minimum will be contraction within the Group until the Market is ready to rally. Most of the Indices are within an important crossroad. Either they are ending the Grand Supercycle from the all-time lows. Or the rally from the March 2020 lows is just the beginning of a new Cycle degree within a super nest which will be trading higher for years to come. We explain our view here.

Many traders across the Market are still applying fundamentals to forecast the market. They, in fact, are making the case that the market move will depend on the result of the Elections, i.e., the winning party. We at EWF, however, do not believe in that causality. Back in 2016, expectation was that the victory of Donald Trump would cause a crash. Today we know that the opposite has happened.

Here and now, we are not trying to forecast the Elections or anything in that regard. The point we are making is that the Market at current stage is not ready for an important rally. As of right now, it may spike higher and then correct lower or it may correct lower from current levels. To facilitate a rally in indices we do need a YEN weakness and/or the Gold pulling lower. In both weekly and daily views, neither scenario is possible. So let’s not trade the fundamentals which is the Election results, but trade the technical nature of the market. This means, in particular, to wait for a clear setup to go LONG Indices.