Wave 2 bounce is now in progress to correct the decline from April 18 peak before the ETF resumes lower. Internal subdivision of wave 2 is unfolding as a zigzag structure where wave ((a)) of 2 is expected to end soon. GDX should then pullback in wave ((b)) before another leg higher to end wave ((c)) of 2. Afterwards, it should resume lower in wave 3 to continue the correction to the cycle from October 2021 low. Near term, as far as pivot at 41.61 high remains intact, expect rally to fail in the sequence of 3, 7, or 11 swing for further downside. 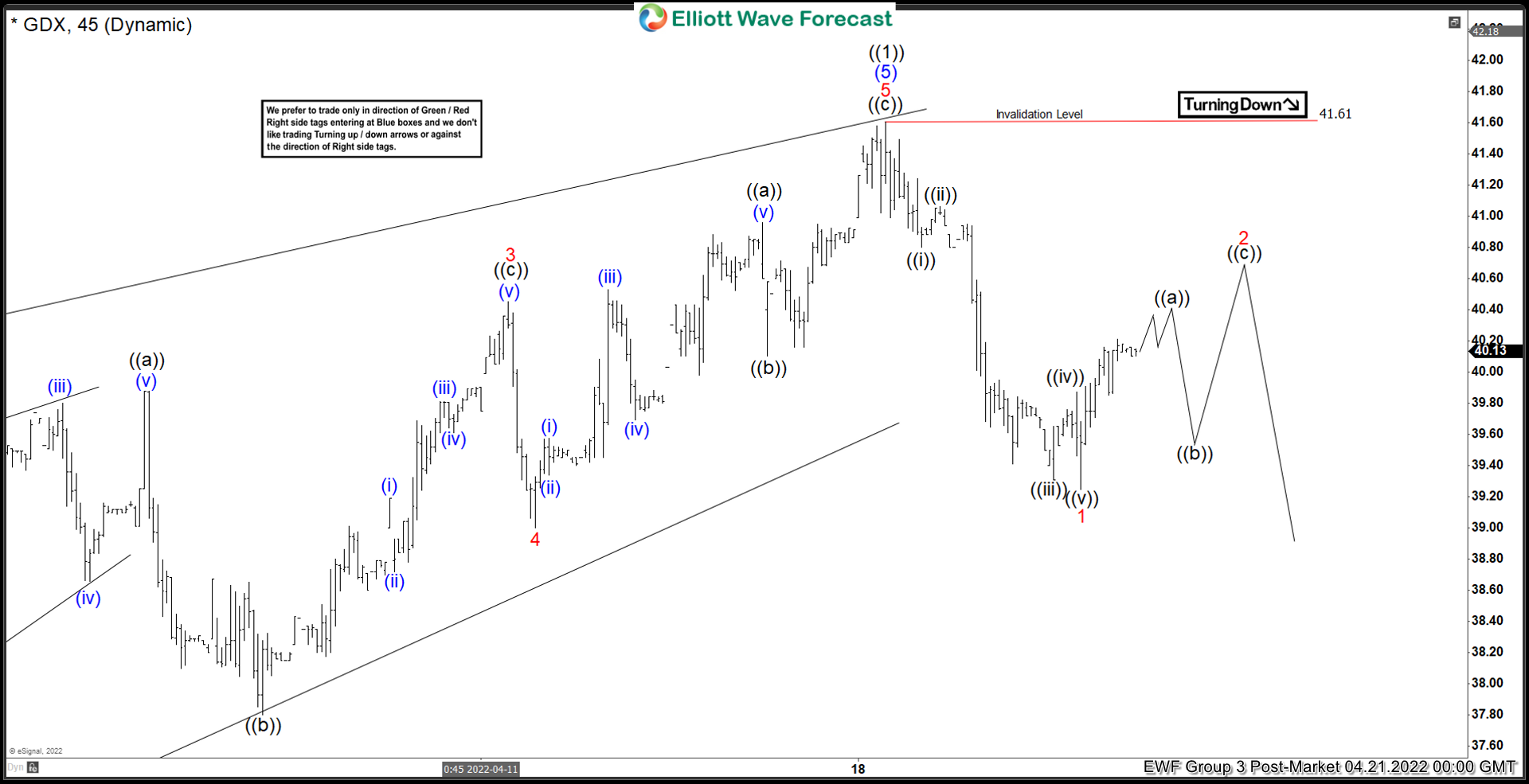