EURJPY has been under pressure since forming a lower high 121.15 on 25th March. It is yet to break below 10th March low but the bounces look corrective which increase the likelihood of a break lower. Moreover, other Yen pairs like CADJPY and SEKJPY are showing incomplete bearish sequence which also supports the idea of a break lower in EURJPY. However, in this blog we would look at the forecast we presented to members toward the end of March. Let’s take a look at the chart below

Chart below shows cycle from 122.86 (1.16.2020) ended at 116.10 (3.9.2020). Then pair started bounce to correct the decline from 122.86 peak in a double three Elliott wave structure when wave W ended at 120.32, wave X ended at 116.86 and wave Y was expected to complete in the blue box between 121.08 – 122.09 area and then we expected the pair to turn lower and resume the decline for a new low below 116.10 or produce a 3 waves reaction lower at least. Blue Boxes are High-Frequency areas which are based in a relationship of sequences, cycles and calculated using extensions, we also call them no-enemy areas because in this area both buyers and sellers agree in the direction  of the next move for 3 swings at least. 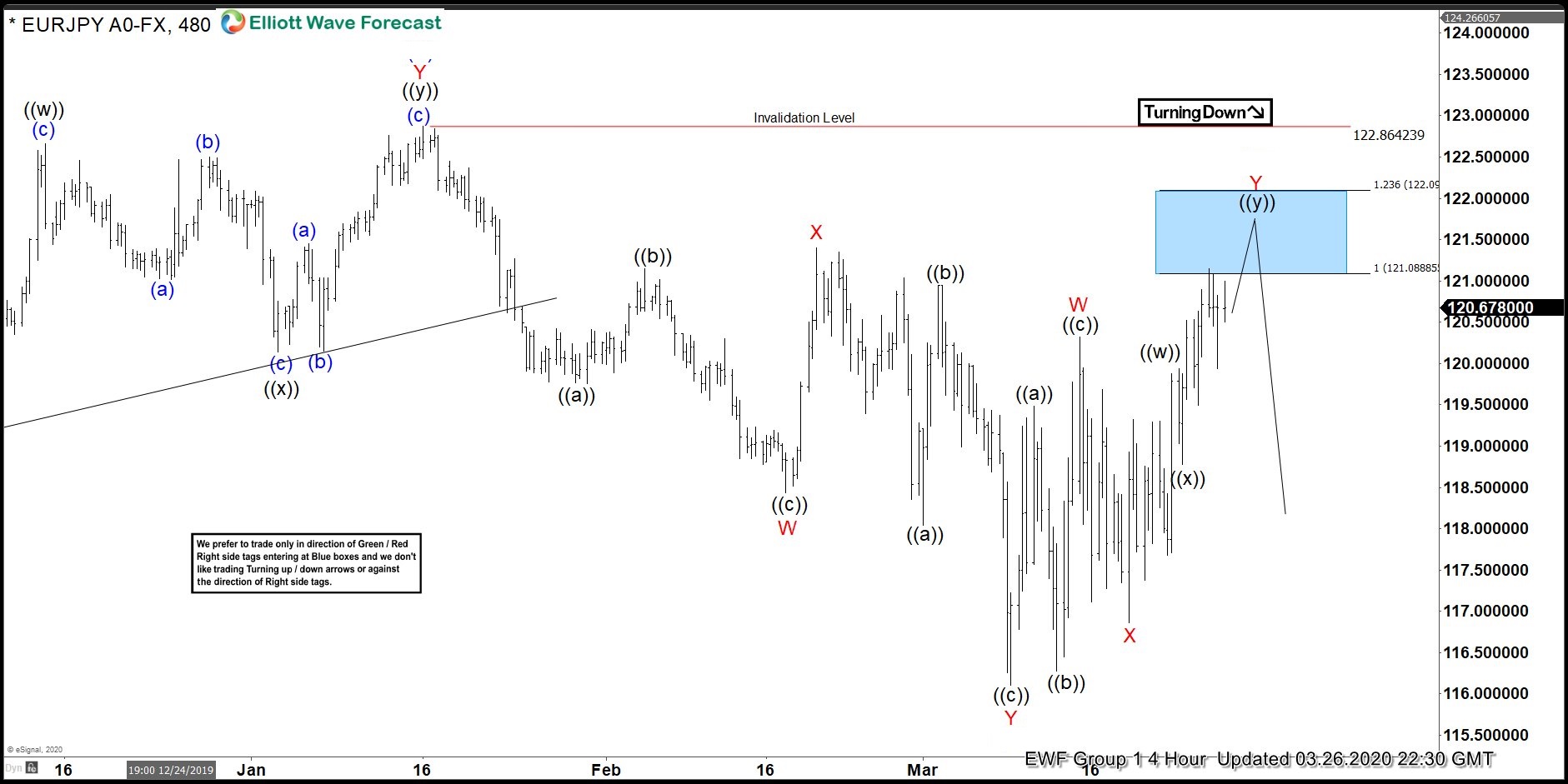 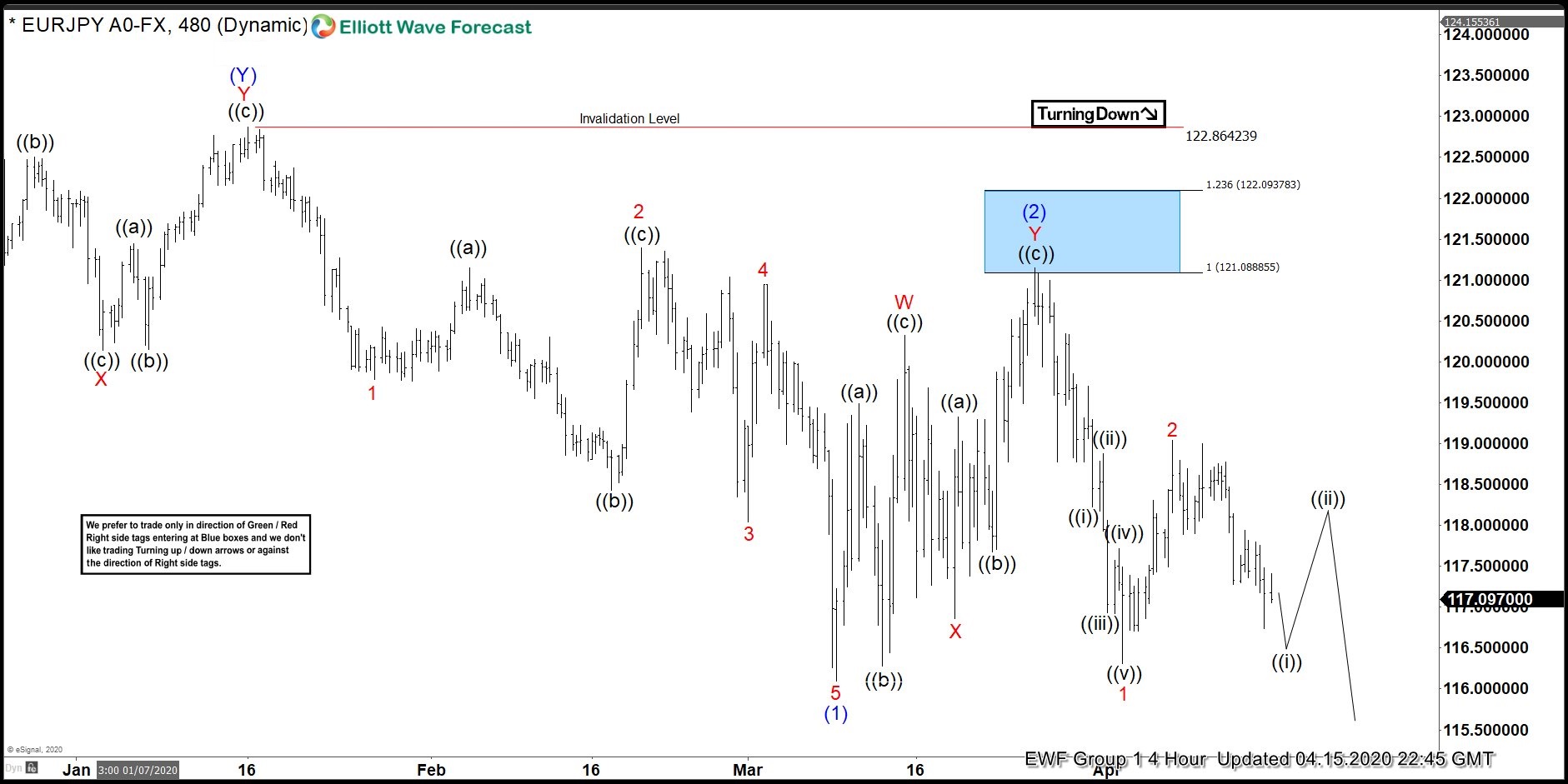