AUDJPY recently made a new low below September 24 low which created an incomplete bearish sequence. Implications are for the decline to extend as far as the bearish sequence remains intact. In this article, we will look at some of the charts which called for this recent decline in AUDJPY. Our Chart of the day article dated 10.23.2020 showed the decline from October 9, 2020 peak was impulsive and the bounce was expected to fail for extension lower, let’s take a look at that chart below. 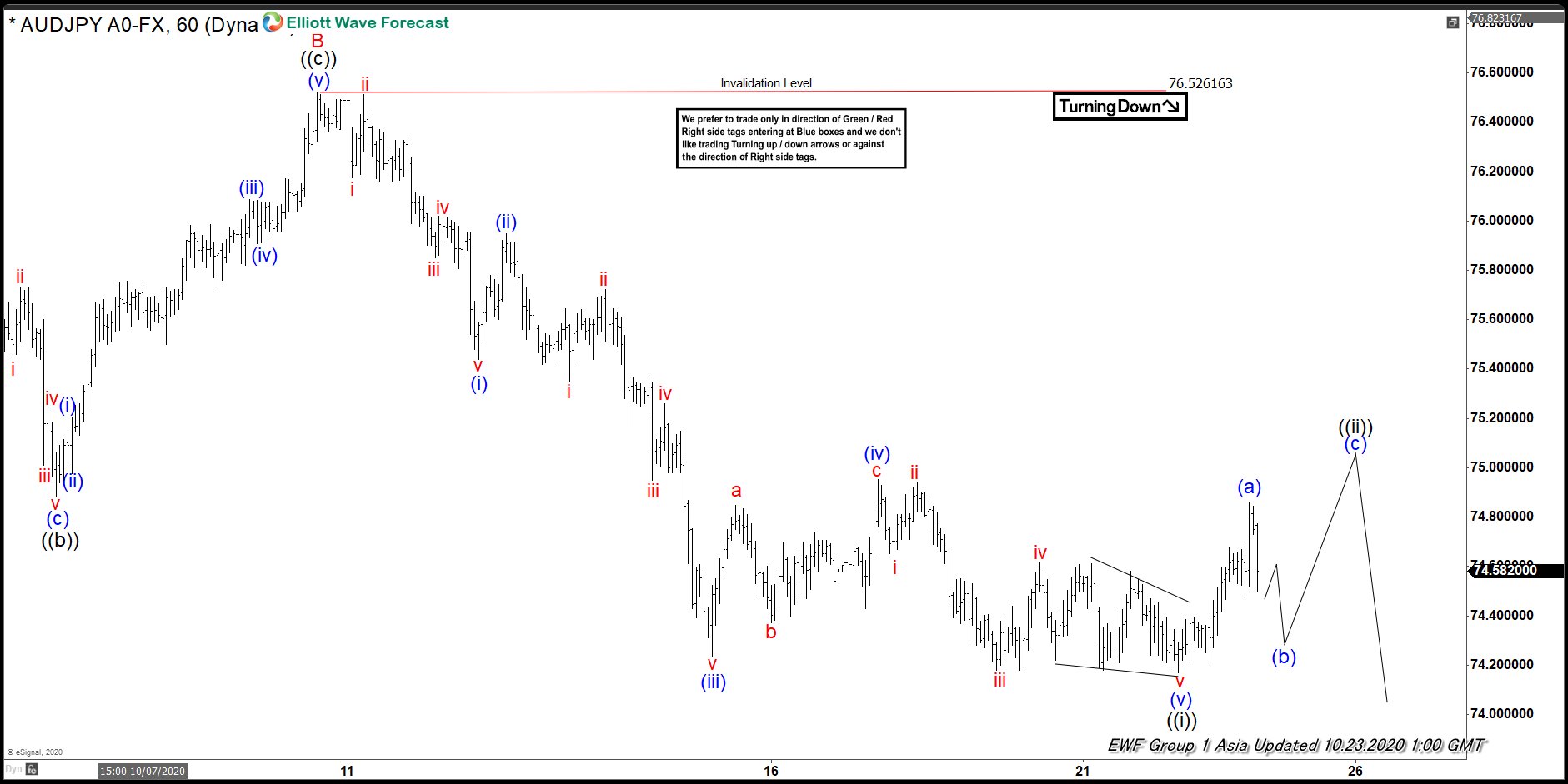 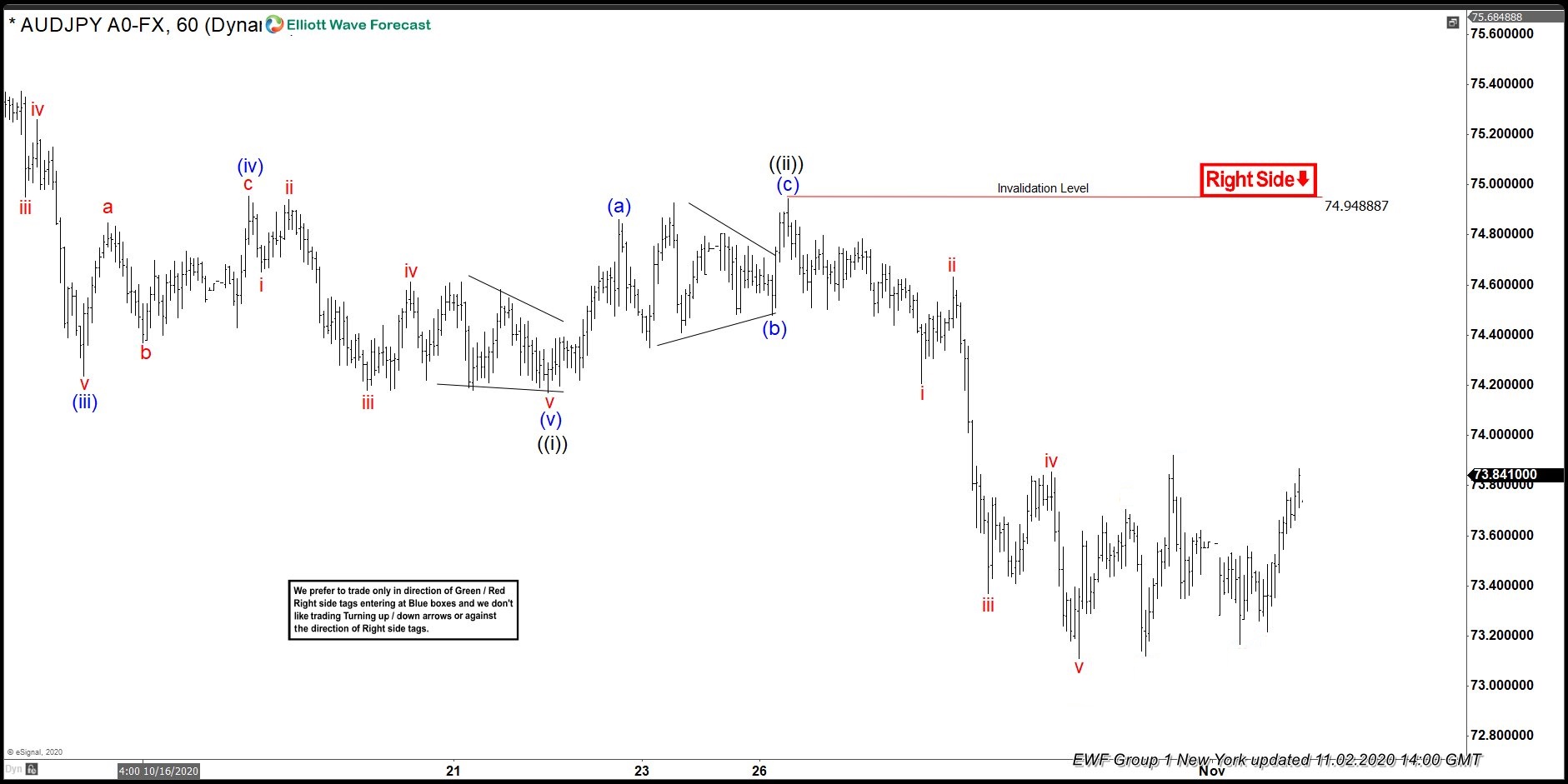