Firstly the QQQ instrument inception date was in March 1999. That was before it ended a larger cycle up from the all time lows in March 2000. The ETF instrument mirrors the price movement of the Nasdaq. 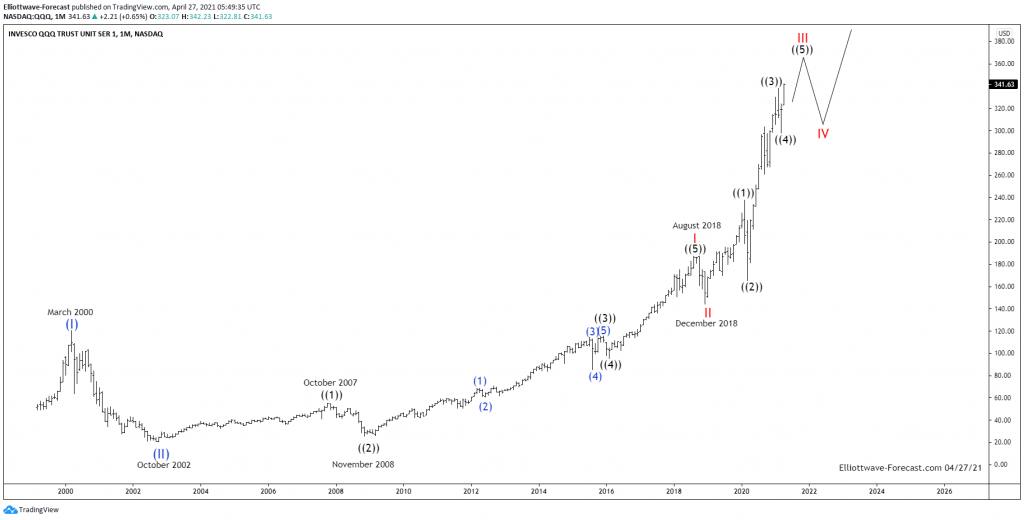 Secondly as previously suggested the QQQ instrument mirrors the Nasdaq highs & lows. As known, impulses progress in 5-9-13-17 swings. Corrections against the trend proceed in 3-7 or 11 swings. So far the bounce from the December 2018 lows appears to be three, larger degree five wave impulse sequences into the February 2021 highs at 338.19. This leaves an incomplete sequence higher.

In conclusion the instrument is bullish most immediately while above the 297.45 lows from March 2021. While above there the instrument should trade higher to a minimum target area of 347.80 in wave ((5)) of III. Thanks for looking. Feel free to come visit & check out our services Free for 14 days to see if we can be of help. Kind regards & good luck trading. Lewis Jones of the EWF Team