The Russia-Ukraine Crisis - What Does it Mean for Markets? [Webinar]
You are here: Home / Video Blog / Webinar Recording: Indices Future Advance – Series of wave 4,5 or a Super Rally

We conducted a Free webinar on Friday, 18th March 2022 titled Indices Future Advance – Series of wave 4,5 or a Super Rally in which we explained  looked at the history of $SPX and debated the starting point of $SPX and talked about the most likely Elliott wave counts based on what year we use as the starting point of $SPX. We explained various Elliott wave structures like Impulse and a nest and showed how extensions can take place in wave 1, 3 or 5. We also explained the cycles and market correlation and looked at Elliott wave structures and swing sequences in some other instruments such as Hangseng, IBEX, AAL and DELTA to determine the most likely path for the World Indices going forward.

What We Covered During The Webinar 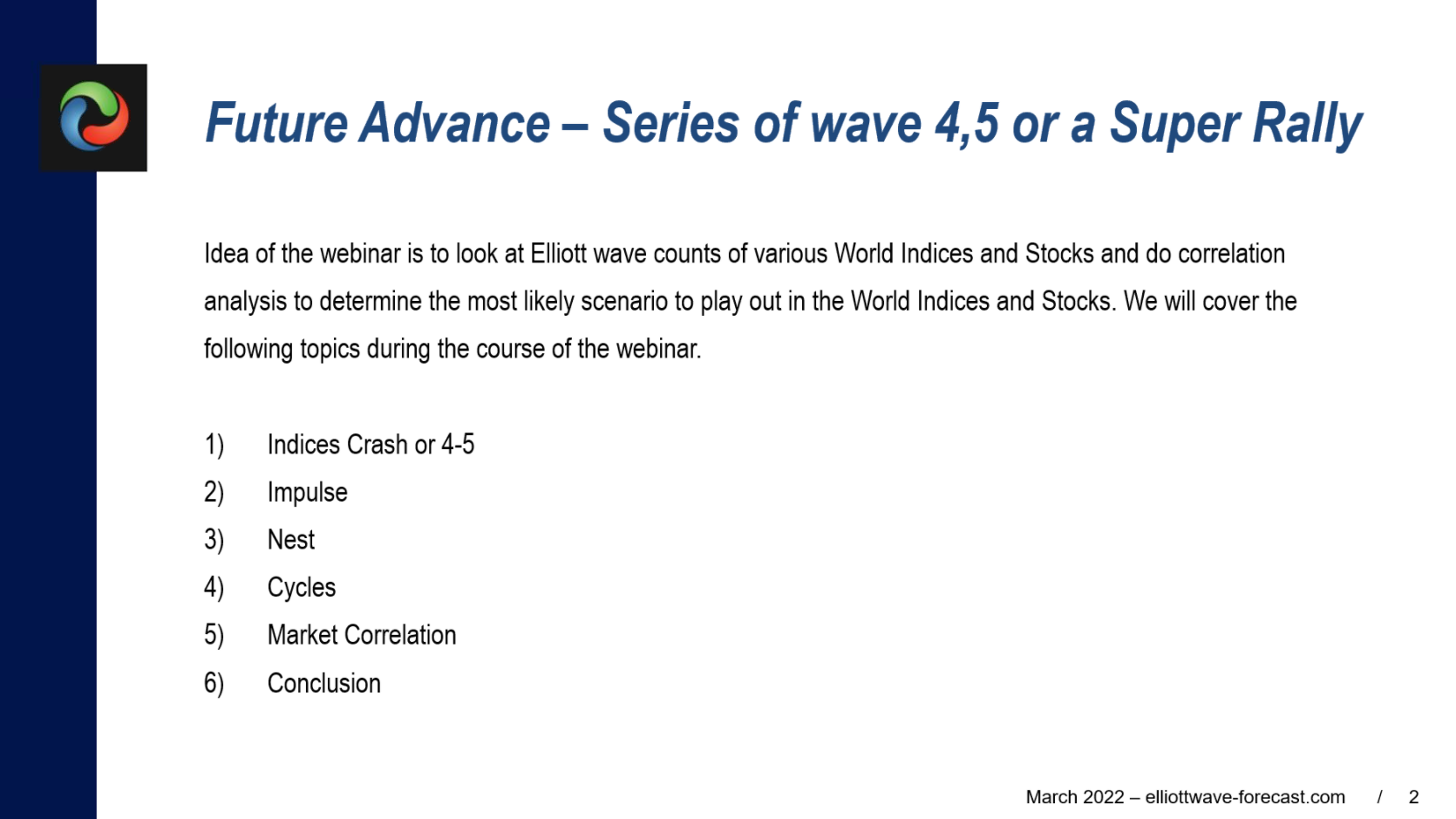